THE VALUE OF THIS BLOG

I have just stumbled across a review of the value of this blog and I had to laugh!  It has been assessed as worth US$16 - which is about £10 or the equivalent of four pints of local beer or 20 decent quality cigarettes.  Not bad for ten years work!
I also discovered that it was an American blog - which surprised me a bit, since I live in the North East of England!
Posted by ARCHIVE at 01:16 No comments: Links to this post

He was born on 20th June 1920 at Lwow (now Lviv, Ukraine) and after his formal education, he attended the school for non-commissioned officers at Bydgoszcz.  His course was accelerated because of the imminence of war and he qualified as an aircraft mechanic at Krosno in 1939.  He was there during the September Campaign and was evacuated from Luck to Romania.
He was one of the many who quietly slipped out of the detention camp and travelled to France with the help of false papers and cash provided by the Polish Embassy in Bucarest.  Like so many others, he was not happy with the fact that he was not used or given training.  When France fell, he was again evacuated and made the journey to England where he arrived on 26th July 1940 and rejoined the Polish forces.
He was given immediate language training and familiarisation with British aircraft; he completed several courses and was then deployed to airfields with combat and auxiliary units.  One of his postings was with 317 Fighter Squadron where he was a corporal mechanic working on fighters.  He then volunteered for flying duties and was selected for pilot training.  He started the training in December 1942 and passed out as a pilot in April 1944 and was posted to 577 Army Co-operation Squadron to gain experience of flying. 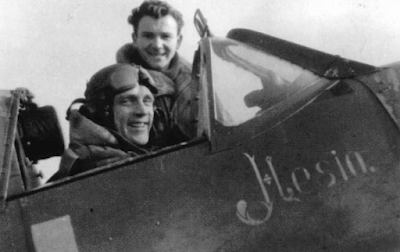 Awdziejew as a mechanic (behind pilot) with 317 Squadron


His duties there were mainly target towing, probably in Airspeed Oxfords as he had trained on twin engined aircraft.  The Squadron was based at RAF Castle Bromwich in Warwickshire but he may have served almost anywhere as they had detachments spread widely across the North, the Midlands and Wales.


He was later posted to No 6 (Coastal) Operational Training Unit where he became a member (second pilot) of the crew of F/O Dabrowski and was involved in ripping together a crew.  Together, they were posted to 304 Squadron on 15th December 1944 who were then serving in Coastal Command and based at RAF Benbecula in the Outer Hebrides.
As with so many of the long, dreary patrols over the water there was very little action but, on the night of 21st/22nd April 1945, his crew spotted the wake of a U-Boat;  they were unable to attack, but saw it again on two occasions during the patrol.  On the final sighting they dropped six depth charges, spaced 60ft apart and from a height of 170ft.  Nothing was seen but a large oil slick appeared along the track of the wake and was still visible an hour later indicating probable damage to the U-Boat.
During his career he was awarded the Cross of Valour, the Polish Air Medal, the 1939-1945 Star, the War Medal, the Air Crew Europe Star and the Defence Medal.  After the War ended, on 9th July 1945, he was posted to 17 ACHU (Air Crew Holding Unit) at RAF Snaith near Goole on Humberside and then on to RAF Hucknall in Nottinghamshire as an instructor.
He was then transferred to the Polish Resettlement Corps where he remained until he emigrated to Brazil in 1946.
Posted by ARCHIVE at 20:15 2 comments: Links to this post

IN SUPPORT OF THE PEOPLE OF NICE 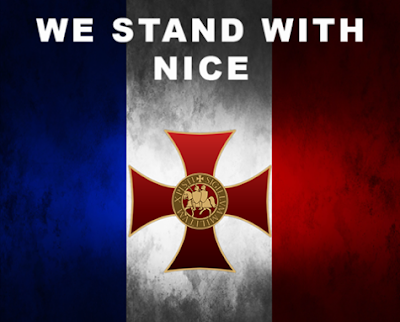 Posted by ARCHIVE at 20:46 No comments: Links to this post

He was an electrician and was born on 29th August 1927.  He was released from Russian detention and was taken to Persia (Iran) where he spent time in Teheran and Isfahan before being sent to England as part of the Youth Brigade.  He trained at RAF Halton near Wendover, Buckinghamshire and qualified as an electrician there on 29th July 1947.

At this time 136 Polish apprentices completed the school, and on 10th of March 1948, the remaining 31 completed the course. All finished the school successfully, obtaining the Trade Apprenticeship Certificate ratified by the Central Trade Test Board, together with the certificate of completion of the Polish Secondary School (Gimnazjum No 2) from the Polish Ministry of Education.

Due to his age, he never saw war service.  Stories vary as to whether he remained in Britain or returned to Poland (in 1947 according to Krzystek's List).  It would be interesting to find out. 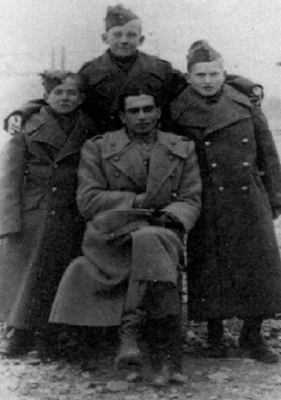 Boy recruits - a very young looking sixteen year old freshly arrived from Persia.  As you look at the picture, Jan is left of the man seated. 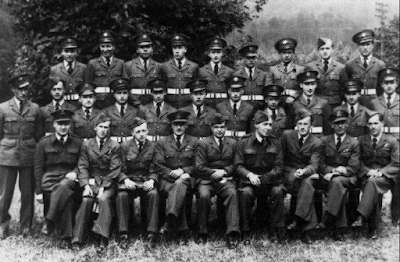 Jan Adamowicz is in the Middle Row, fourth from the right in this graduation picture taken at RAF Halton in July 1947
Posted by ARCHIVE at 23:01 No comments: Links to this post