He was born on 17th November 1921 at Sidorow, Poland (now Ukraine), elder son of Jan and Karolina.  When the Russians invaded Poland, the family was forcibly relocated; at three o'clock in the morning on 10th February 1940, they were woken and given a little time to pack before being taken to the railway station at Husiatyn, put in a cattle wagon and sent on a three week journey to Kulicze in the Altaisky Krai region.  Once there, they were put to work in the forest or the sawmills.  They made a long slow journey out, via Krasnovodsk and Pahlevi in Iran after Operation Barbarossa.


It is not clear whether Kornel was with them and joined the Polish forces in Iran or he had already joined the military and was away when the family was taken.  The first mention I have found of his military service was at RAF Haverfordwest in Pembrokeshire, Wales; this was not the normal route into 304 Squadron.  He completed his training with 3 (Coastal) OTU on 2nd January 1944 just two days before that unit was disbanded and absorbed into 6 (Coastal) OTU.


He joined the crew of Flight Lieutenant Boguslaw Pilniak and flew a full tour of duty with them, during which time he had some notable moments.  Perhaps it is no co-incidence that F/Lt Pilniak was at 3 (Coastal) OTU on a familiarisation course with Wellington bombers and that their courses ended at the same time.


On the night of 13th/14th July 1944, flying in Wellington XIV HF420 Q out of RAF Chivenor in Devon, they spotted a U-boat on radar and got a visual sighting of the periscope.  In an impromptu attack, they lost height rapidly and dropped six depth charges across its swell and directed other forces (a Sunderland flying boat and three frigates) to the area.  Meanwhile they noted many bubbles, several black objects in the water and a substantial oil patch.  They dropped marker flares for the naval vessels (which were only 17 miles distant) and stayed in the area until shortage of fuel forced them to leave.  They landed at RAF Predannock in Cornwall. 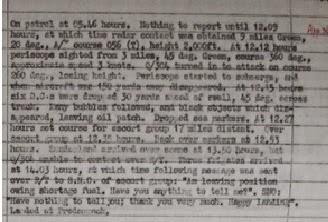 Report of attack on U-boat


Air Commodore JB Lloyd, in his letter of assessment of the attack, made encouraging comments on it, such as "bubbles look promising" and " looks as if the U/B was in trouble" without actually crediting a kill or probable damage. 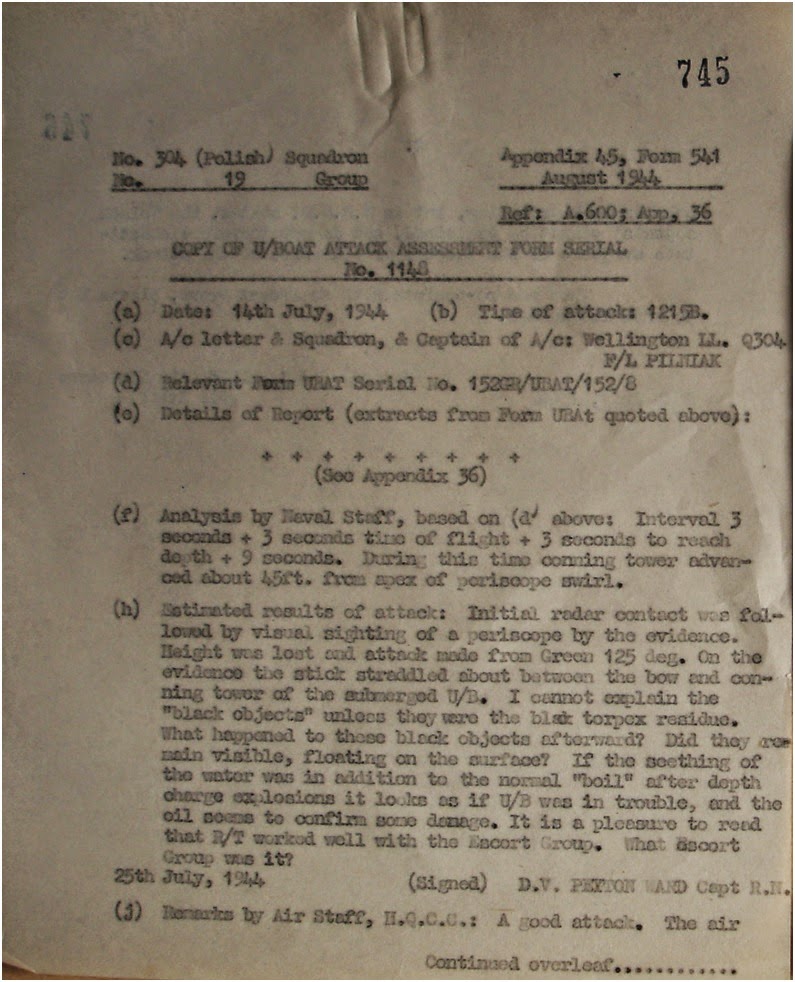 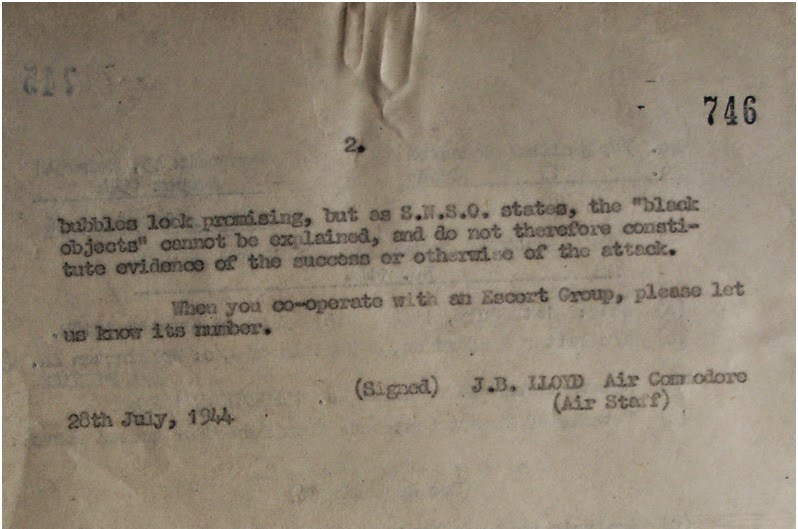 Admiralty comments on the attack on a U-boat


On another occasion, on  27th January 1945, this crew were on a transit flight from RAF Benbecula in the Outer Hebrides to RAF Limavady in Northern Ireland when they spotted smoke and a flickering flame.  Investigation showed up two schnorkels but they were unable to attack either U-boat as they were ferrying the aircraft and not carrying depth charges or marker flares.  However they stayed in the area and guided other aircraft and a naval escort group to the spot before lack of fuel forced them to leave. 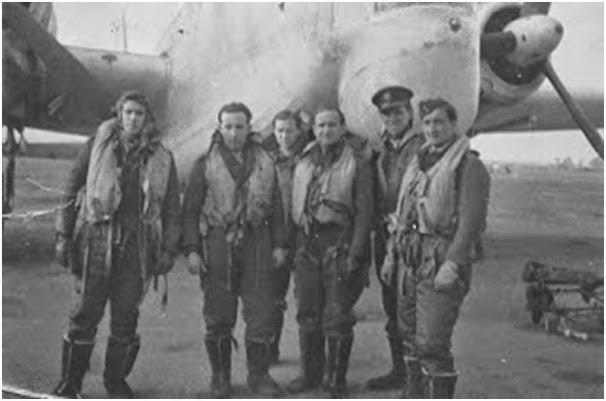 Photograph of the crew - F/Lt Pilniak is third from right, Sgt Nakoneczny is extreme right. The photograph is from the collection of Egbert and Jeane Hughes (Pilniak personal archive)
Little else is known of Kornel's military career except that he was awarded the Field Service Emblem to his Polish Air Force Flying Badge in May 1944.


After the war and demobilisation, he emigrated to Canada to join the rest of his family; he died in Mississauga, Ontario on 17th January 1994.
Posted by ARCHIVE at 10:14 No comments: Links to this post 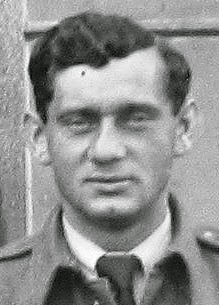 He was born on 5th January 1910 at Lagiewniki, a district of the city of Bytom,  but little is known of Sgt Edward Muszala before his arrival from 18 OTU at Bramcote in Warwickshire on 16th October 1942.  His first fellow crew members were Sgt Jan Bakanacz, Sgt Franciszek Targowski, F/O Jan Skweirczynski, Sgt Wilhelm Pokoj and Sgt Wiktor Muller.


He initially arrived at RAF Dale, Pembrokeshire, Wales and transferred with the Squadron briefly in November and December to RAF Talbenny, also in Pembrokeshire before returning to RAF Dale.  In March 1943 he moved on to RAF Docking in Norfolk and then in June 1943, he moved to RAF Davidstow Moor in Cornwall until he finally moved, in December 1943, to RAF Predannack, also in Cornwall.  During this time, he flew at least 45 anti-submarine warfare missions.


On 18th May 1943, at RAF Docking, the Squadron Operations Record Book states that notification had been received from Polish Headquarters that Sgt Edward Muszala had been awarded the Cross of Valour AND a bar to that medal.


In his role as an air gunner in Coastal Command, he and his fellow crew members had to endure many hours of boredom, flying over featureless sea - but always remaining alert against the possibility of action and danger.  The main thrust was anti-submarine warfare, but there was also the possibility - as will be seen - of normal bombing, harassment of enemy shipping and search and rescue.


On 4th December 1942, he was on patrol with his crew when they came across an enemy freighter of about 3,000 tons.  They had earlier come across an unidentified twin engined aircraft and had to bear in mind that it could be hostile and could still be in the area.  However, they dropped sharply from 5,000 feet to 4,000 feet before releasing six 250lb depth charges and two 250lb bombs which hit the sea about 50 yards off the port side of the vessel.  They were seen to explode but the damage could not be assessed.


On 5th January 1943, during the course of their normal patrol in Wellington HF836, two surfaced U-boats were seen in the vicinity of Bishops Rock.  Both started to submerge immediately but the crew raced to the attack and dropped 3 depth charges which burst about 10 yards ahead of the swirl left by one of the U-boats.  The aircraft continued to circle the area and dropped a further 3 depth charges which exploded about 5 yards ahead of the conning tower.  There was no conclusive result but a large oil patch appeared on the surface.


The crew had a break from the monotony on 26th January 1943when they were selected for an attack on the port of Bordeaux.  In spite of the enemy putting up a smoke screen, they were able to confirm that five of their 250lb bombs exploded inside a warehouse complex.


On 26th March 1943, whilst on patrol, they sighted a wake and, almost immediately, saw a surfaced U-boat 2 points on the port bow and about two miles distant.  They dived immediately but the U-boat saw them and entered a crash dive.  At a height of about 150 ft and only about 5 seconds after the U-boat submerged, they released six depth charges which exploded along the track of the U-boat.  Shortly afterwards oil and debris were seen to come to the surface.  After 23 minutes, this oil patch had spread to about 300 yards diameter but there was no further activity and the aircraft resumed its patrol.  The official assessment was "probably damaged".


On 12th August 1943, near the end of its patrol, their aircraft experienced hydraulic problems and was forced to jettison its load of bombs and depth charges.  They made a successful landing, but without flaps to slow it down, the aircraft overshot the runway and was extensively damaged; the crew were unhurt.


He next appears in the Special Duties role with 301 Squadron at RAF Brindisi where he flew at least 11 missions mainly supplying the Italian resistance fighters and the Partisans in Jugoslavia and making drops of propaganda leaflets.  These flights were mostly carried out in Handley Page Halifaxes and Consolidated Liberators.


At this stage of the War, the Special Duties Flights and Squadrons were putting in maximum effort and sharing aircraft which can make it difficult to research.  For instance, Halifax LL118 FS-P (148 Squadron) was transferred to 301 Squadron as LL118 GR-C and this was really a paper transaction as they were both at the same air base and flying very similar missions.  The aircraft were battered from hard and frequent use and the previously mentioned LL118 was struck off charge and scrapped when it was only fifteen or sixteen months old.  Research into this and the Italian missions is ongoing.


He survived the war and returned to Poland where he was last heard of in Bytom in 1986.  His medal entitlement was, at least the Polish Cross of Valour and bar and the British Campaign medals Air Crew Europe Star, Atlantic Star, Italy Star, 1939-1945 War Medal and Defence Medal.
Posted by ARCHIVE at 00:42 No comments: Links to this post

It is with deep regret that I have to announce the death of Stanislaw Boczkowski (1919-2014) in Montreal, Canada.
His story appears in detail elsewhere on this blog.  He was a member of the crew of the first aircraft lost by 304 Squadron.  The Wellington was on a cross country training mission in appalling weather in December 1940 - the worst English winter in living memory.
He was the last living member of that crew (co-pilot).  He and the pilot (Jan Stanislaw Waroczewski) performed a miracle in avoiding a farmhouse full of farm labourers who were having Sunday lunch when the plane came down.  Between them they forced the aircraft into a near 180 degree turn, causing it to stall and make a pancake landing.
The crew were all injured but none of the people in the farmhouse were hurt; they were fine examples of the finest generation.
This was the story that inspired my research and without which this blog would never have been written.
Czesc ich pamieci.
Posted by ARCHIVE at 01:00 No comments: Links to this post