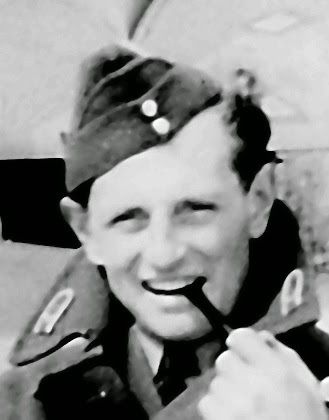 He was the elder son of Aleksander Zipser and his wife Kazimiera (nee Lechowicz) and was born on 7th January 1910 at Podwoloczyska near Tarnopol, Poland (now Ternopil, Ukraine); he had a younger brother Mieczyslaw and a sister.  His father worked as a signalman on the main Lvov - Odessa railway line.


Zbigniew joined the Polish Army, which then controlled the Air Force, on 28th October 1928 and was well established by the time of the September Campaign.  He was attached to 3rd Air Force Regiment and then 161 Eskadra of 6th Air Force Regiment and took part from 1st September 1939 until they were ordered to retreat across the Romanian border on 18th September.  They crossed at Sniatyn and were disarmed and interned at various camps in Romania; at Turda in Transylvania from 20th September 1939 to 11th October 1939, Corugea near Tulcea in the Danube Delta from 12th October 1939 to 20th November 1939 and at Balcic (now in Bulgaria) from 21st November 1939 to 17th December 1939.


At Tulcea, the Polish forces rebelled and disarmed their guards in complaint against the authorities because there was almost no food and no medical supplies in this area which was, at that time, little more than a malarial swamp and they had to sleep in a tented encampment.


However, that was the extent of his internment before he simply slipped out of the camp and, with complicity and finance of the Polish Diplomatic Corps he made his way to join the Polish forces in France.  His probable route was by ship from Balcic, a Black Sea port, via the Bosphorus and into the Mediterranean to Beirut in the Lebanon and then a further sea journey to Marseilles.  From there he re-enlisted in the Polish forces at Carpiagne, near the Lyon-Bron airbase, with effect from 23rd January 1940.  Four days later he was based at the training base at Septfonds which was an appalling place without basic hygiene, running water and warm shelter.  Originally a WW1 transit camp and then being used as a camp for Spanish Civil War refugees, the Polish recruits were housed there initially.


When the French capitulated, in June 1940, he boarded a ship in Marseilles and sailed for England to continue his work with the Polish Air Force, this time under British command.  He was initially sent to the Polish Depot at Blackpool on 2nd July 1940 and then on to its satellite at RAF Kirkham, Lancashire where he did the basics of familiarising himself with British equipment, becoming an official member as of 5th August 1940 with the Trade of fitter and rank of sergeant.. 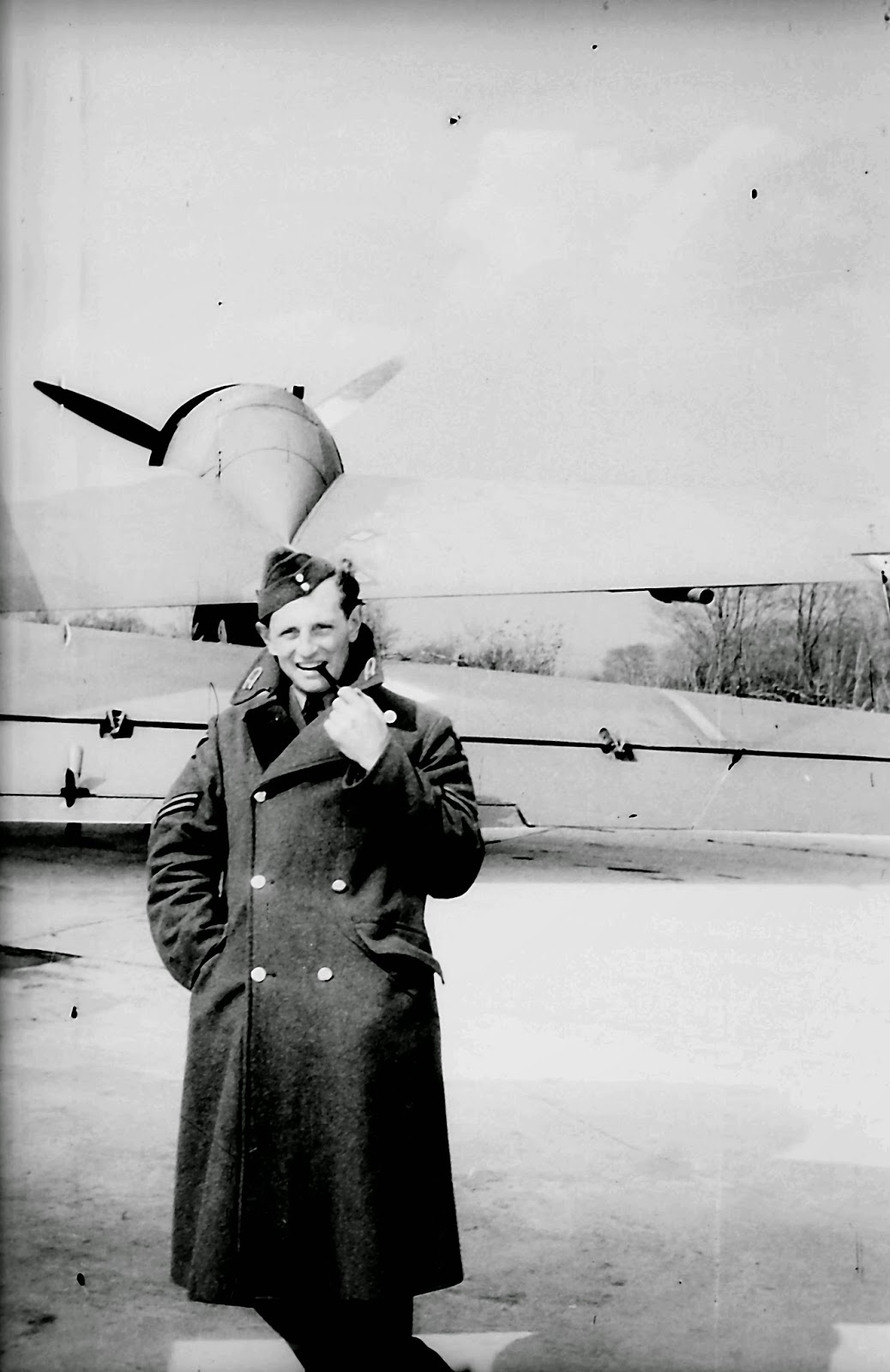 Zbigniew Zipser standing behind a Coastal Command Wellington Bomber
His first deployment, on 24th August 1940 was to RAF Bramcote near Nuneaton, Warwickshire just two days after the creation of 304 Squadron.  He trained and moved with them to RAF Syerston in Nottinghamshire on 20th November 1940 after which they moved, on 20th July 1941, to RAF Lindholme near Doncaster, Yorkshire and to RAF Tiree in the Inner Hebrides on 20th May 1942.  His final moves with the Squadron were to RAF Dale in Pembrokeshire on 13th June 1942 and then to RAF Talbenny, also Pembrokeshire, early in November 1942.


Just as the Squadron were moving back to RAF Dale, on 10th December 1942, he was transferred to 6 (Polish) OTU (Operational Training Unit) at Silloth, Cumberland where he stayed until 5th October 1943 before transferring to 3 (Coastal) OTU at RAF Haverford West in Pembrokeshire.  He stayed there until it was disbanded and merged into 6 OTU - back at Silloth - on 4th January 1944.


Following this, he moved to RAF Gatwick in Surrey (now Sussex) on 7th March 1945 where he joined 5029 Polish Airfield Construction Squadron until 11th December 1945 with a short spell of about five weeks with 103 Bomber Squadron in November and early December 1945 whilst it was being wound down to disbandment.  His time with the Reconstruction Squadron was spent redeveloping what was to become the present Gatwick Airport and also repairing war damaged airfields in Germany which were to become RAF bases for the post war Occupying Air Force.


After this he moved to 16 Secondary Polish Training School at RAF Newton, Nottinghamshire from 5th June 1946 until 13th November 1946 when he transferred into the Polish Resettlement Corps until his demobilisation into civilian life on 19th February 1947.


He met his future wife Rosalind at a dance in Carlisle whilst he was with 6 OTU at RAF Silloth and he liked the Nottingham area so, when he was finally demobilised they married and moved there to start a new life together.


He started a car repair business in the workshops of Mr Wincup a joiner at Radcliffe Mount, Radcliffe Road, West Bridgford, Nottingham.  After some time he started Trent Bridge Garage opposite the Cricket Ground around 1962/63.  With his brother Mieczyslaw, he developed a Singer Agency.


In about 1965 he wanted to diversify into the house building trade.  With two friends he formed HMZ Building Contractors.  They built three or four houses at Thrumpton, near Radcliffe on Soar, and about ten houses at Ravenshead.  He also had an interest in Avenue Garage on Central Avenue at West Bridgford, where he used to repair and re-spray cars.


Diversifying again, he built two wooden speed boats, called Solway I and Solway II which gave him great satisfaction, especially in use on the East Coast at Chapel St Leonards in Lincolnshire.

Sadly, he died very suddenly on 23rd July 1967 at the age of 57 years and was buried in the cemetery at Wilford Hill in Nottingham. 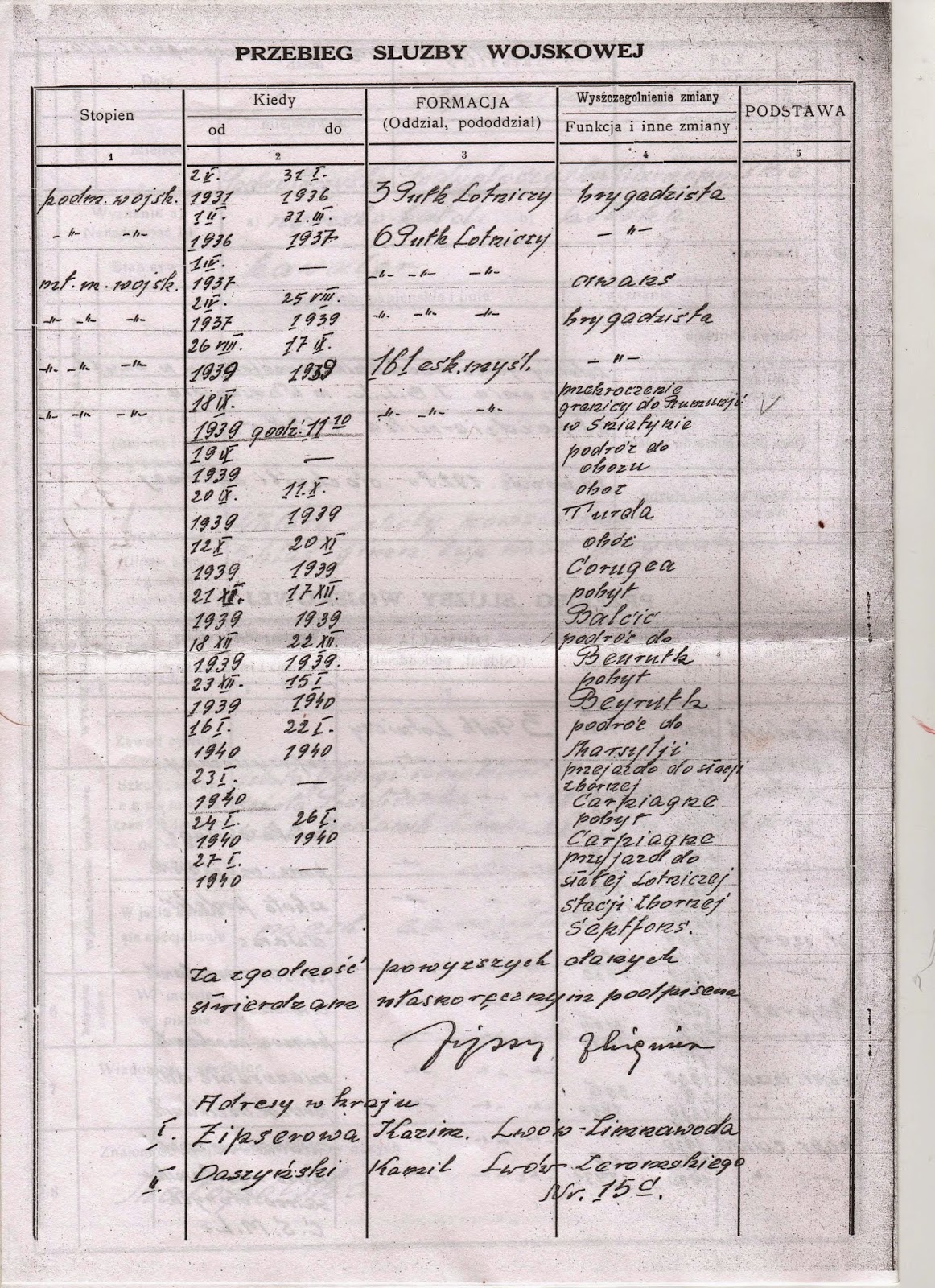