He was born on 30th September 1922 at Smyga, Dubno Wolyn and was the eldest of five children. On the outbreak of war the family was taken to Siberia and on their release, they travelled to Palestine. He joined the Polish Army in September 1942 and escorted German Prisoners of War to the United States of America.
In October 1942 he transferred to the Polish Air Force and was assigned to 304 Squadron, who were then part of Coastal Command and based at RAF Dale in Pembrokeshire, South west Wales. Their primary function was submarine killing and convoy protection but they also harassed enemy shipping.
He survived the war and made the transition to Transport Command (still with 304 Squadron) where their new function was transporting food and medical supplies to Greece and Jugoslavia. Whilst doing this he was in a serious accident on a routine training flight. On 18th January 1946 the Vickers Warwick in which he was flying caught fire on landing at RAF Chedburgh, Sussex. 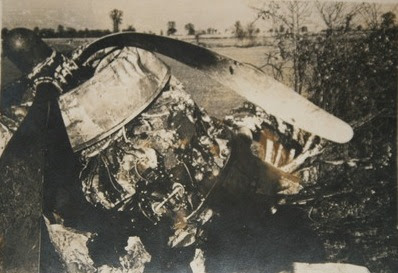 ﻿Part of the wreckage from Vickers Warwick HG273 (QD-X)

The pilot, W/O Bojarczuk, was killed but W/O Borek and W/O Zurek survived. Mieczyslaw was pulled from the burning aircraft with his clothes on fire. He suffered a badly broken right leg and the tendons in his right ankle were severed. He was sent to 2MRU (Medical Rehabilitation Unit) at RAF Collaton Cross in Devon. He remained there until his discharge from the Air Force on 11th April 1947 after which he became part of the Polish Resettlement Corps. 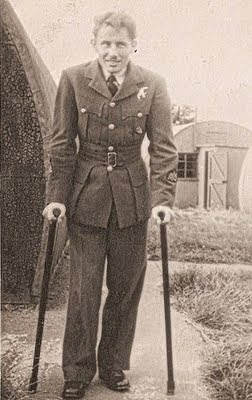 He married an English girl in 1952 and raised a family over the coming years. In 1955 he moved to Bristol where he trained as an aircraft engineer. In the mid 1970s he qualified as a teacher and followed that profession until he retired. Subsequently he did voluntary work as an interpreter for the United Nations in Bristol. He was one of those presented with Maundy Money by the Queen at a ceremony in Bristol Cathedral. He was known to be living in Cadbury Heath, Bristol in 2009.

He was born on 24th February 1922 in Pultusk in Warsaw Province. In 1939 he was in the 2 Cadet Corps in Rawicz. In September 1939 he was transferred to 2 Baloon Battalion in Legionowo. During the September Campaign, on 15th September 1939, he was captured by the Germans and became a Prisoner of War until 23 March 1942. It is highly unlikely that he was released so presumably he escaped.
In 1943 he found himself in England and was directed to the Polish Depot in Blackpool. In July 1943 he was posted to the Flying School at RAF Hucknall in Nottinghamshire (probably 15 Polish Elementary Flying Training School) and then to 16 SFTS (16 Polish Service Flying Training School) in Newton as pilot-cadet with Polish rank of plutonowy (the equivalent British rank is L/Ac). In December 1944 he was posted to Navigation School at RAF Blackpool as a pilot and navigator-cadet. In February 1945 he qualified and was posted to 304 Squadron as a pilot.
In May 1945 he was promoted to the polish rank of sierżant-podchorąży (the equivalent British rank is Sergeant). In May 1946 he finished his flying service as a pilot in 16 SFTS in RAF Newton.
In 1947 he emigrated to Canada and settled in Port Severn, Ontario. He became a Fellow of the Royal Aeronautical Society and later, Senior Administrator of the University of Toronto. He died on 18th May 2011.
Posted by ARCHIVE at 00:26 No comments: