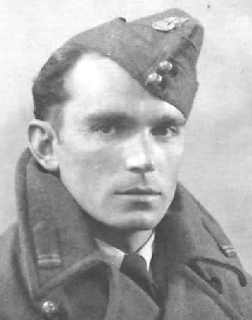 He was born on 7th May 1917 at Kalisz, Poznan, Poland and went through all the normal stages of school and National Service but he was born in difficult times and on 18th December 1938 he was recalled to military service as everyone in Poland knew that war was coming.  He was posted to 3 Pulk Lotniczy in Posnan where he was inducted into the Polish Army aviation branch (there was no separate Air Force at this stage) as an electrician and fitter.
He was involved in all the hurried preparations for what everyone feared would happen and he was directly involved in the fighting from the German Invasion on 1st September until his capture on the 17th of that month.  It is not clear how he was captured by the Russians as the fighting around Posnan and Lodz was with the Germans.  It must be assumed that he was with a retreating group when the Russians attacked from behind.


In any event, he was sent to a Prisoner of War camp at Tockoje in Russia where he was interned until Hitler launched  Operation Barbarossa and treacherously attacked his former allies.  The Russians were forced to release the Polish prisoners under an "amnesty" on condition that they either joined the British or Russian forces to fight the Germans.  The Poles did not like the idea of an amnesty since it implied that they had done something wrong.  However they accepted it because it was their ticket to freedom and the only way they were going  to escape from the Soviet Union.


He was released as part of the first batch of 30,000 Poles in the week from 24th-31st March 1942 and was marched the five kilometres to the Tockoje railway station which sat astride the main line from Buzuluk to Czkalow (now Orenburg) which was very close to the Kazakhstan border.  At this stage his commanding officer was General Michal Karaszewicz-Tokarzewski who had been the Senior Polish Officer in the camp and was, by this time, second in command to General Anders and the senior recruiter for the newly forming Anders' Army.


The men moved on en masse towards Krasnovodsk in Kazakhstan with the sole intention of getting out of the Soviet Union and into British held territory in the Middle East.  From this port they boarded any and every vessel they could to cross the Caspian Sea to Persia (now Iran) to the port of Pahlevi where they were given the chance of a hot bath, good food and decent clothing (British uniform).  They were separated into two tented encampments on the beach where natural winds circulated and there was at least some chance of controlling the spread of disease.  Most of them, even those not already infected by diseases, were suffering malnutrition brought on by hard work and a totally inadequate diet.


Although a lot of civilians had travelled with the new members of Anders' Army, most of the men were destined to serve in the North African campaign in Libya and Egypt or in the Italian campaign at Monte Cassino where it was finally the Poles who took the hill and won the battle.  However a number were selected to go directly to Great Britain where there was a desperate need for trained air crew and ground crew with aviation skills.  Ewald fell amongst this group and was one of the first of those released by the Russians to reach Britain.  It was to be his destiny to maintain the aircraft of the Polish squadrons in Britain.


His route is unknown but it was one of many tortuous routes to avoid the U-Boats and the concentrations of Luftwaffe fighters.  He actually arrived at the Polish Depot - a group of RAF sites in the Blackpool area - on 8th July 1942.  Within a week he had been attached to 302 Polish fighter squadron but this was really only a paper transaction and he was physically posted to No 14 School of Technical Training at RAF Henlow, Bedfordshire on 6th August 1942 where he remained until 11th March 1943 when he was posted to 304 Squadron servicing Wellington Bombers initially at RAF Dale, Pembrokeshire, Wales moving to RAF Docking, Norfolk on 30th March 1943  and RAF Davidstow Moor, Cornwall on 10th June 1943. 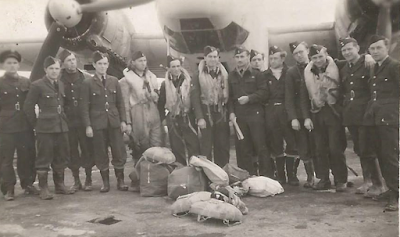 Ewald is 3rd from left with 304 Squadron 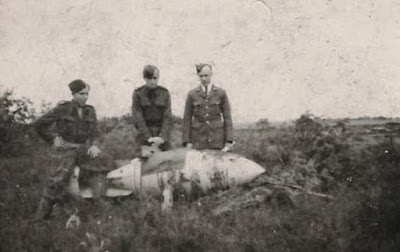 Ewald, left, sitting on the tail of a bomb
On 27th October 1943 he was transferred to 302 Fighter Squadron (part of 84 Group, 131 Wing of the 2nd Tactical Air Force (2TAF) at RAF Chailey near Burgess Hill, Sussex which was created as a support airfield for the impending invasion of Continental Europe.  On 1st August 1944 he embarked for the Continent where he would spend most of the rest of the War maintaining the  fighters of 302    Squadron. 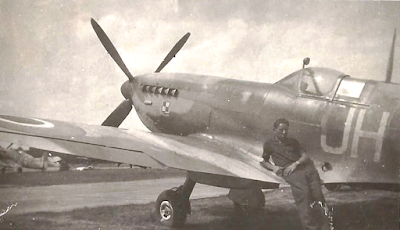 Ewald with a 317 Squadron Spitfire on the Continent 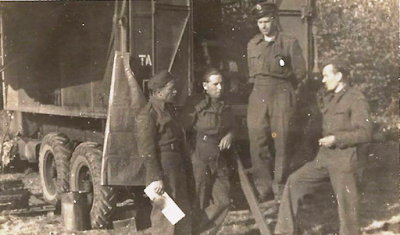 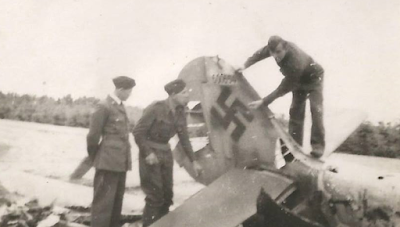 This one is not for repair!
After his return to England he joined the Polish Resettlement Corps  on 11th March 1947.  This was effectively his termination of service even though he was now technically employed by the Royal Air Force for a period of up to two years.  This arrangement meant that he would have a source of income and a place to live until he had assimilated into civilian society.  However, he soon found a job as a spinner and later as a cloth examiner with Coppull Ring Mill in Coppull near Chorley in Lancashire. 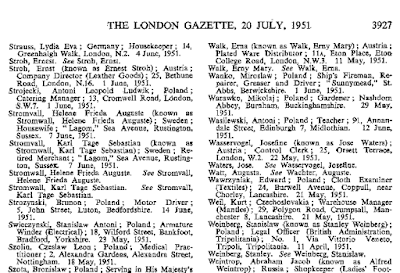 Publication of his British Naturalisation

Thereafter he became a Registered Alien and this meant he could only move his location or change his job with the permission of the Ministry of Labour.  This lasted until he became a British Citizen on 21st May 1951 a fact that was recorded in the London Gazette of 20th July 1951.  He did eventually change his job and spent the rest of his working life in electrical trades.  He married Marion Baxendale and had a son and a daughter and lived happily until his death on 7th August 1994. 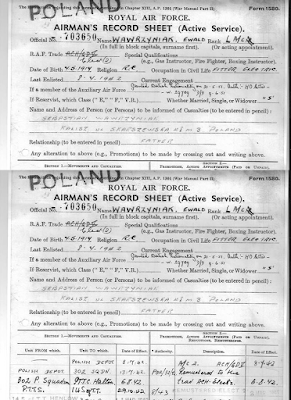 Ewald's Polish RAF record
As an end note, a charming little story told to me by his daughter: when Ewald was leaving to join the Polish Air Force he went into a little shop near where he lived and asked could he have some cigarettes and could he pay on his first leave, the lady in the shop let him have them but he never went back as he was deported to Siberia. He did not return until 1969 with his wife and children on a holiday to visit his family.  The shop was still there and when he went in to pay for the cigarettes the same lady was behind the counter, she wanted to let him off but he insisted he was paying for them! 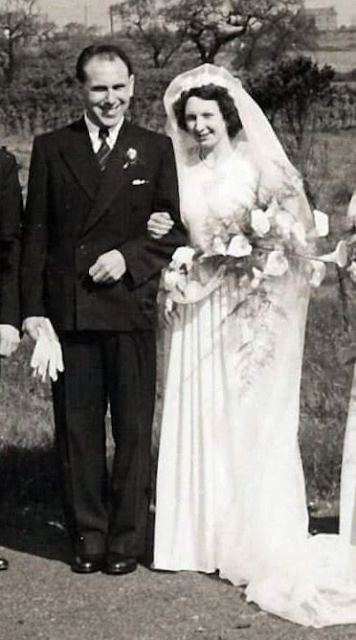 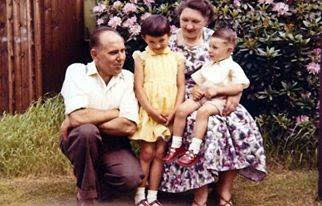 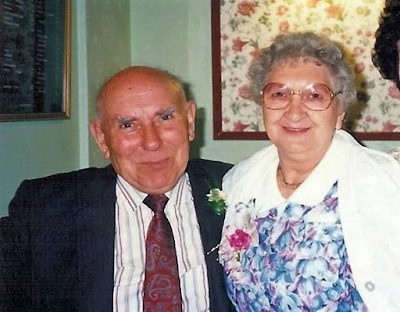 Posted by ARCHIVE at 16:08 No comments: Links to this post

After a significant absence due to ill health and a serious heart condition, I am delighted to say that I have been given the all clear and I am now fit enough to return to my researches.  For those of you who were waiting for me to complete stories - please be patient.  The first of the pending stories will appear soon and the rest will follow as fast as I am able to complete them.
Posted by ARCHIVE at 21:36 No comments: Links to this post