The full crew list of Vickers Wellington Mk XIV NB767 (QD-L) which crash landed at RNAS St Merryn on 20th March 1945, can now be identified as P-794515 W/O Henryk Sawosko, P-705623 Sgt Jozef Stendera, P-703997 W/O Stanislaw Gajszyn, P-705717 W/O Ignacy Pawlowski, P-3025 F/O Tadeusz Liczbinski, and P-706658 F/Sgt Franciszek Strauch.
The aircraft was a total write-off and most of the crew suffered only minor injuries but Sgt Stendera was almost scalped in this accident.

Posted by ARCHIVE at 21:35 No comments: Links to this post 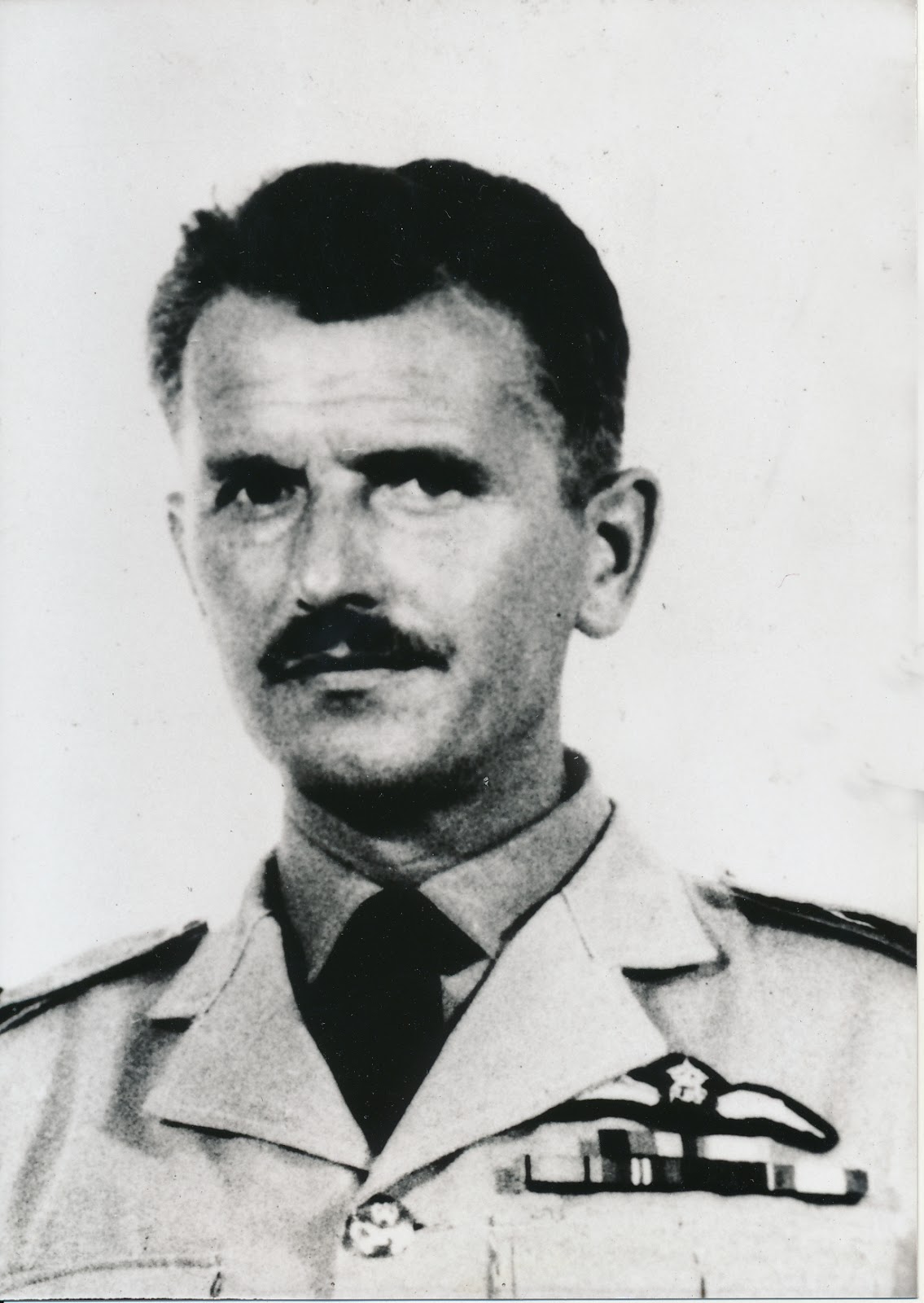 He was born on 3rd July 1918 and became a pilot; he trained as part of the frustrated XIV Promotion and should have qualified in the summer of 1939.  However, his training was disrupted by the German invasion of Poland on 1st September 1939 and he was part of the class who were evacuated to Romania and thence to France.  His route is not certain but he is believed to have taken a ship to Malta and then on to Marseilles, in France, where he was assigned to the Lyon-Bron air base.


He did not stay in France until the capitulation, but transferred to England, where the need for airmen was greater, in February 1940.  Unfortunately, during his escape from Poland, he contracted a serious dose of malaria and was hospitalised for 11 months before completing his initial training and learning the English language, as well as familiarising himself with the controls of British aircraft.


After this, he was transferred to RAF Evanton in Ross & Cromarty (now Rosshire) in the north west of Scotland.  At the time, this was the home of No 8 Air Gunnery School, and his task was to pilot “tugs” to tow targets over the Cromarty Firth to train air gunners.  Towards the end of the war, he transferred to 304 Squadron, with whom he flew at least ten anti-submarine missions between October 1944 and May 1945.

From 12th November 1945, he was seconded to 16 Ferry Unit at RAF Dunkeswell near Honiton in East Devon, from where he flew a multitude of aircraft to wherever they were needed.


After the war, he chose to stay in the Royal Air Force and was appointed Temporary Flight Lieutenant on 1st September 1948 with seniority dating back to 1st \April 1947.  This was made permanent on 8th  October 1948.  He was given the new RAF service number of 500065 which he retained until his retirement on 1st July 1962 – all of these moves were reported in the London Gazette.


His post war activities seemed to lean his career towards flying helicopters and this developed during time spent in Southern Rhodesia (now Zimbabwe) helping to create their new independent Air Force, but more so during the Malayan Emergency where he spent much of his time moving men and supplies through the jungle and winning hearts and minds among the Malay people.  He was Gazetted again on 16th June 1959 when he was awarded the Distinguished Flying Cross.  The citation was “In recognition of gallant and distinguished service in Malaya.”


But it was not only the Royal Air Force who gave him recognition: after a tricky rescue in the jungle, a Malay tribesman gave him a 2 metre long blowpipe and darts as a means of saying thank you.  When he returned to Britain, he had to cut off the tips from the darts as they were still coated with curare – a lethal, blood clotting poison!


After his retirement, he took up a position with the Oxford Flying School where he was responsible for training Police helicopter pilots and he excelled even in this field, winning the Pike Trophy in 1966.  This is an award made by the Guild of Air Pilots and Navigators to a pilot who has made an outstanding contribution to  the maintenance of high standards of civil flying and safety, taking into account working conditions and opportunities.
Jozef, known in Britain as Juszek or Pete, died in Oxford on  27th March 2001, aged 83 and was buried at Witney.
Posted by ARCHIVE at 15:29 No comments: Links to this post