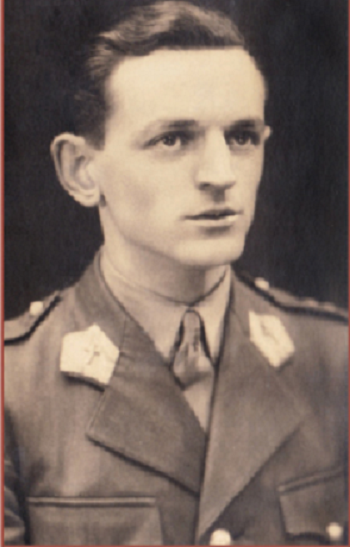 He was born on 20th November 1912 at Wieruszow near Lodz in Poland, He was one of eleven children of Stanislaw and Eleanor, five of whom died in childhood or early youth, leaving him the second eldest of the surviving children.  His family were heavily involved in their religion and patriotic acts; his grandfather, Alexius, was hanged in the market square of Wieruszow, by the Russians, for patriotic actions which offended them.

In his youth, Szczepan was an altar boy and was destined to become a priest.  He attended the High School at Kepno, where he did well academically.  He was heavily involved with sports of all types, including water sports on the nearby River Prosna.  But his religion was his great love and he enrolled to train as a priest in the seminary at Krakow.  He studied philosophy and theology at the Jagiellonian  University and was ordained as a priest on 25th June 1939.  He officiated at his first Mass on Sunday 2nd July 1939 at the church in Wieruszow.

He was working on pastoral duties in the parish of Lututowie and was cycling home to see his family on the morning that war broke out.  He was stopped by a group of his school friends who told him not to go home because the Germans were probably already there.  He returned to Lututowie to protect the Sacrament and then he left the town and headed for Sieradza and Warsaw.  Eventually he was forced to cross into Romania and made his way through Jugoslavia to Italy.

When he heard that Mussolini had declared support for Hitler and Germany, he went to France (in December 1939) and joined the army as an ordinary soldier.  He did his training at Coetquidan at Guer in Brittany, graduating as a corporal, after which Bishop Jozef Gawlina appointed him military Chaplain.  He was prevented from fighting with the troops and was sent to a military depot in France – he was ready to embark for Norway with the Brigade Podhalanska but was taken off the ship. 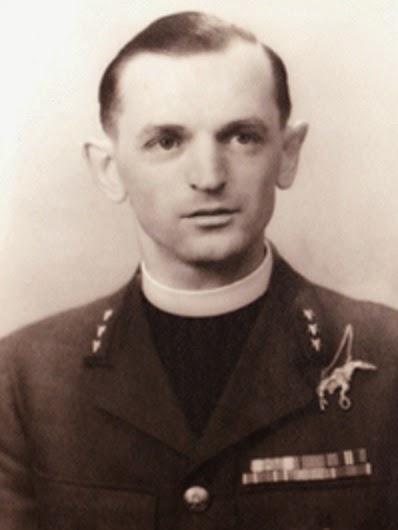 Pilot Priest (note Gapa)
On 19th June 1940 he was sent to England and, in August, he was appointed to Chaplain of the Polish Air Force, first at RAF Bramcote, Warwickshire and later at RAF Newton, Nottinghamshire where he ministered to the needs of the Polish airmen and also trained as a pilot.  There is evidence that he flew missions over the Bay of Biscay but no concrete proof of this.  It may have been with 18 Operational Training Unit, where he trained, or with 304 Squadron, where he was posted – or both.  He is known to have served at RAF Davidstow Moor in Cornwall, during his time with 304 Squadron and was very popular with the men there. 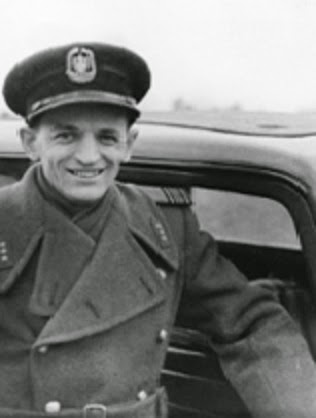 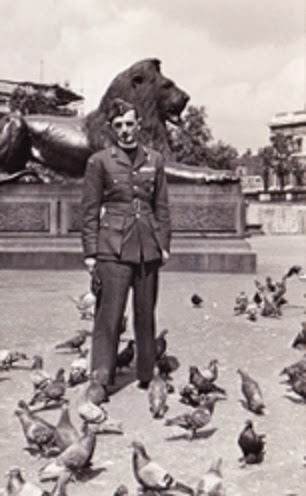 On 7th March 1949, he arrived in Argentina, being unsettled in England and unwilling to return to Poland – and he immediately set about looking after the spiritual welfare of the Polish community there.  On 27th April 1949, he received authority to work in Argentina with the Poles in Berazategui and Qulimes.  He created a church, an old people’s home, a boy scouts group, a Polish school and a Polish Catholic Association.  He was also heavily involved with the Association of Polish Airmen in Argentina. 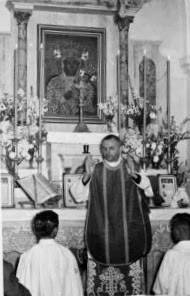 Sadly, on 8th June 1969, just before the celebrations for his twenty years of pastoral care for the Poles in Argentina, he was on his way to the church at Sarandi when he was killed in a road accident.  His funeral was very well attended by the Polish Community and memorial services were also held in Poland and Argentina on what would have been his 100th birthday on 20th November 2012. 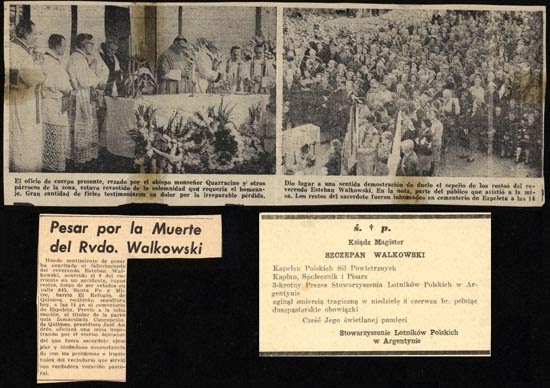